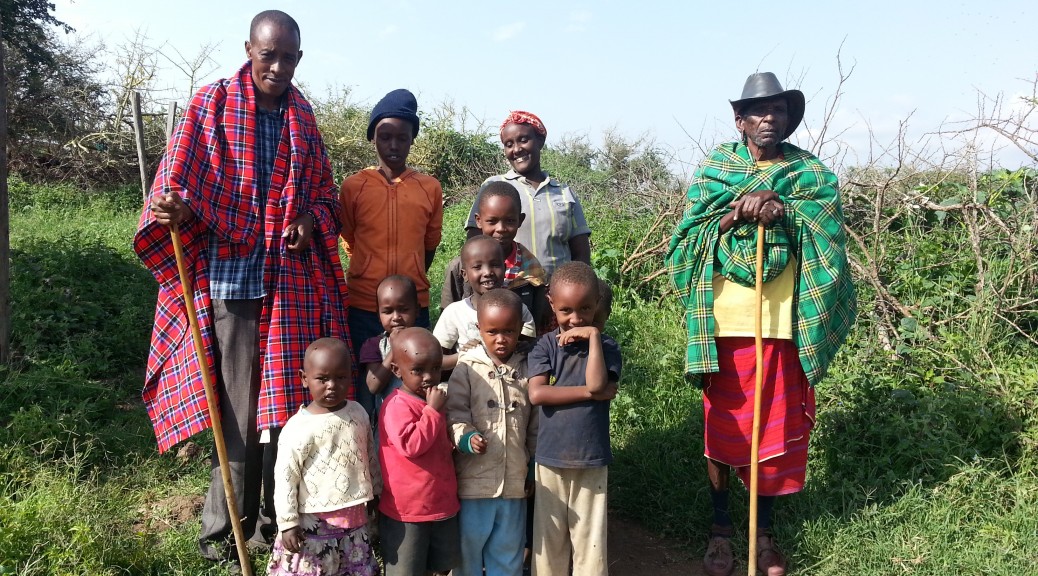 Imagine a group of 6 men, huddled together and hiding their faces from a video. Five minutes before, these Maasai men had the usual bravado associated with being community leaders. The cause of this change was a discussion and video on Female Genital Mutilation (FGM).  Although the Charity has no desire to change the Maasai culture, on FGM we want change, regarding it as abhorrent, misogynistic and full of medical risks for the women.

We are aiming to make the school a FGM free zone. As part of the campaign, the Charity funded and the school hosted a 2 day anti-FGM conference for our own teachers, teachers from other schools, and members from the community. All the delegates vowed to spread the anti-FGM message in their communities, so a good outcome from the meeting.

Drought
Rain, or lack of it, has been mentioned before. Living in the West it is difficult to understand the terrible effects on a rural area where it only rains in two periods per year, with up to 6-8 months between the periods. For the past 3 years, the yearly rainfall has been much lower than average and this year the main rains were late. This caused considerable hardship in Olepolos with most of our school children’s families losing some, or all, of their goats and cattle – for most, their only source of income. During the drought, many moved cattle to Tanzania and kept their goats in Olepolos, feeding them bought-in hay or beans if they could afford it. The heavy rains eventually came in May and continued until early June.

The school bore-hole is 160m (525’) deep but even at this considerable depth, we were running out of water at the end of the dry season. Other bore-holes had completely stopped working. Fortunately, since the heavy rains, the underground aquifers are full and the bore-holes are now working.

Although heavy rains are great for the area, it does bring some problems. The drought bakes the ground as hard as rock and most of the rain flows off the surface, taking much top-soil with it into rivers. We are in rural Kenya where there are no roads. The mud tracks become shallow rivers and many of our children daily need to cross deep impassable swollen rivers to reach school. This makes absenteeism very high during the rainy season. For next year, we hope to have the school orphanage / safe-house built. We will fill it with spare mattresses in readiness for the rainy season. Who said building a school in rural Kenya was easy?

Drilling a bore-hole
We love to fill our newsletter with success stories but unfortunately we have to report a failure. In March, we kicked off one of our big projects to install 5 bore-holes each with a 1 acre agriculture plot. The agriculture plot will allow around 100 poor families to grow food, much like English allotments.  Unfortunately, despite 2 geological surveys and electrical measurements, our first drilling produced a dry bore-hole. We are now trying again at a location about 1km away from the first on the land of the family at the top of the page.

Using tablet computers in the lessons and receiving drawings from Skype friends.

IT in school
One success we are happy to report is the introduction of IT into the school. Our teachers are the best in Kenya but they are not used to having computers to help with their lessons. After a year or so of getting used to the IT equipment, they are now queuing to use the projector and the tablet computers in their lessons. The children love lessons involving IT and are always excited about linking up on Skype with UK children. A great cultural exchange.

Activities over the coming months
The Head Teacher of St Joseph’s primary school, plus helpers and teachers, are going to Kenya for 2 weeks to run a summer school (learning and fun) for the oldest 2 classes.

We have a container going to Kenya in early August.

Orphanage
Since the last newsletter, we have started the campaign to build the orphanage/safe house in the school grounds. We have already raised about 60% of the total required. The orphanage has 3 functions:

You can read more about the orphanage here or perhaps help us with some fundraising.

Thanks to all the supporters. Together we are doing some great things.
Helen and Roger 30th June 2015

Please leave any comments on the newsletter below.