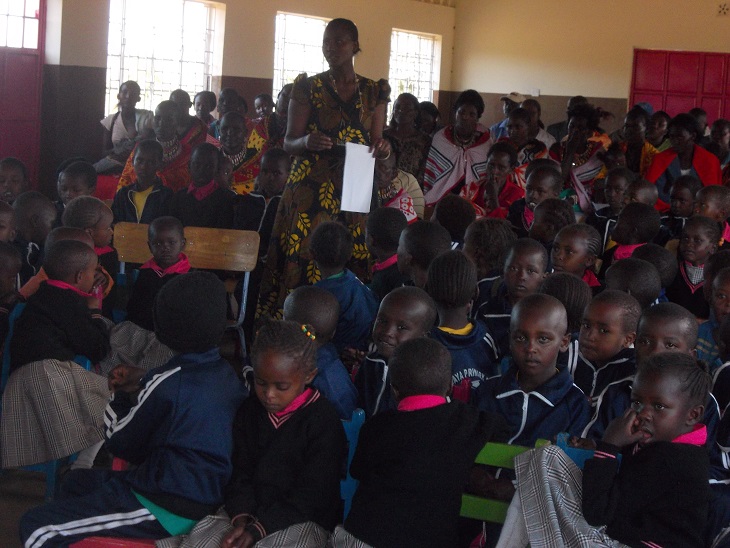 Friday was the closing ceremony for the end of the first term. 130 children, along with their teachers, cooks and cleaners can have a rest until early May.

From my Saturday paper, out dropped a glossy brochure from a charity wanting to raise £52M per month (£642M per year). It got me thinking.. So how was this charity hoping to raise £52M per month? Usually by a large marketing spend, like this expensive brochure. A company that spends too much on marketing will eventually go bust as the extra cash generated will not cover the marketing costs, extra stock, debtors etc, but for a charity as long as a pound spent produces more than a pound in donations, it will grow. The glossy was from WaterAid, a charity that specialises in providing clean water and sanitation across the developing world, a cause I whole heartedly support. Unclean drinking water is a major cause of illness and death in the developing world. I am a trustee of the charity Osiligi Charity Projects and we repair broken hand pumps and supply clean water as part of our support of a Maasai area in Kenya, so I know just how important clean water is.

“We are small, everyone is a volunteer and every penny goes to Africa.”

We are just a small charity. Last year, our income was £192,000. By comparison, WaterAid’s income was £48.1M. We have a commitment that every penny received by Osiligi is spent in Kenya. This allows nothing for any marketing, wages, expenses or even stamps. WaterAid spends 22p in every pound on marketing (source 2011 accounts). In addition, it has 191 UK employees. I don’t know how much these employees are paid, but the accounts show that 8 of them received more than £60,000 each per year with the boss (CEO) receiving £110,188, plus pensions and expenses. If Wateraid reaches its £642M income target and continues spending 22% on marketing, that’s £141M a year on marketing. With just a tiny part of this marketing spend, we could build many schools and water-holes to make a huge difference in the corner of Kenya where we operate.

We are a very different beast to WaterAid, although both of us are called charities. We both supply clean water to developing countries. We are small, everyone is a volunteer and every penny goes to Africa. Wateraid is big, has salaried employees but only a small part goes to the developing countries. We are both called ‘charities’ so unless you delve into the accounts, you would never see the difference. Perhaps we need a different word to differentiate the two types? We call ourselves a “100% charity”, because 100% of any donation goes to the cause. You may think that I am having a go at WaterAid, but I am not. It is the same for any large charity; to become large they have to spend a lot on wages and marketing. As a general rule, small charities are run by volunteers who spend little on costs, large charities spend a lot. This is how they become large.

”If the boss supports a cause, does he need a high salary to motivate him?”

Not all the employees of large charities are in marketing. Many are in charity governance or project management and engineering. These people try to ensure that the money spent is used wisely. Engineers try to hone the process so that the charity’s end product or service is better, i.e. finding better ways to drill a bore-hole. Small charities have to rely on the principle skills of their volunteers; large charities can develop these skills and buy-in skills where needed.

Small charities tend to be run by an unpaid volunteer, larger ones by a paid CEO. As the banks are quick to tell us, in order to recruit the right people, you have to pay high salaries, but is this so with charities? If the boss supports a cause, does he need a high salary to motivate him? Perhaps there are fat cats in both businesses and charities.

The Olympic games makers have taught us that there is a great pool of volunteer talent wanting and waiting to help. The charity sector’s challenge is how to harness this for the greater public good.

So how do we differentiate between those lean and efficient charities run by volunteers and those that are run more like businesses with big marketing budgets? When I give to charity, I like to feel that the money ends up at the cause and is not paying for the next mail-shot or CEO’s salary but I really don’t want to churn through pages of accounts. Come on regulators; please give us an easy way to see the wood for the trees.

Do we need to distinguish between volunteer and business charities? What do you think?

Roger Pannell is a trustee of Osiligi Charity Projects 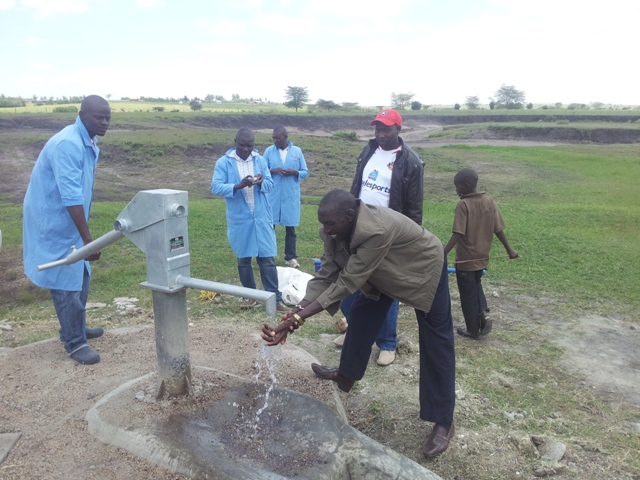 Another broken pump repaired by Osiligi. This pump is about 20 miles from our school and serves a primary school and surrounding community of Naado Enterit. Just take a look at the delight on the caretaker’s face. It is the first time the pump has worked for many years. The caretaker will be responsible for keeping it working.